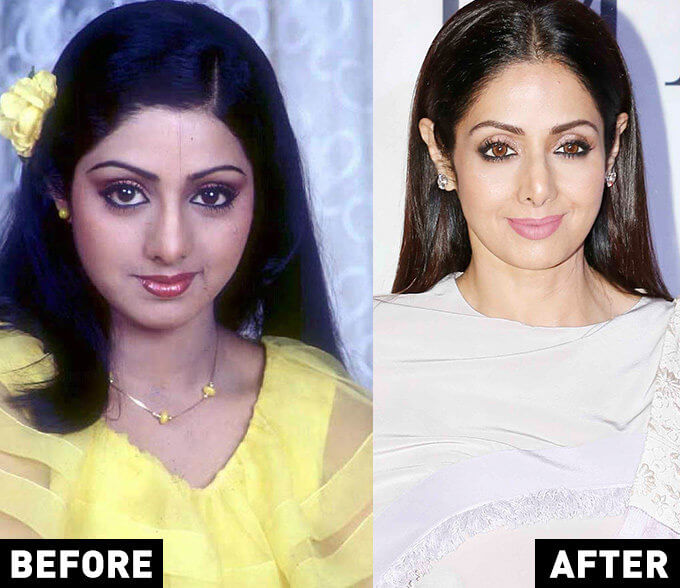 Six naturally perfect looking Bollywood celebrities you couldn’t have guessed use Botox and fillers: the list includes both male and female actors!

In a world where duplicate things sell more than originals, celebrities getting Botox and fillers done shouldn’t come as a shocker.

Do you know the reason behind the flawless beauty of Hema Malini or Shilpa Shetty Kundra or Priyanka Chopra? They weren’t born this perfect, but they sure as hell made themselves look perfect with a little bit of help from various cosmetic procedures including Botox and fillers.

Filmmaker Karan Johar has openly admitted to getting Botox done and added that going under the knife is a well-kept secret in Bollywood. “It’s me, my face. I am Botoxed. I put collagen up there, I have adjusted my nose, I have done what everyone does in my industry, so that is one of the things,” he admitted.

Botox and facial fillers are a great way to look young without actually taking the risk of going under the knife. People assume that after pumping themselves with Botox injections, they won’t be able to smile or frown ever again, simply because of the reason that Botox has become synonymous with an expressionless face. However, according to the top Plastic Surgeons if Botox is done correctly, your face won’t look fake and nor will it lead to a frozen face look.

Here are six examples of celebrities who have gotten a little something done but they look so natural that you would never guess in a million years.

What do you think is the reason behind how gorgeous Sridevi’s skin looks despite her age? Well, my friends thats the wonders Botox can work on your face.

She’s beautiful and one of the best female actors of Bollywood, oh and lets face it, no one can dance better than her. Personally she’s one of my favorite actresses but how do you think her face is wrinkle free and what’s the reason behind those perfect cheekbones? Well, Madhuri Dixit has got her cheekbones lifted and also got Botox for her wrinkles.

Did you actually believe that those forehead lines of his disappeared into thin air? Well, no he got done what is known as the Botox Brow Lift. It is said that Aamir got it done to look younger for his role in ‘3 Idiots’, nonetheless he got Botox done.

The King of Bollywood himself couldn’t resist the charms of Botox. Now you know the reason behind his crease free face! Though he hasn’t admitted to it, but he is 51 so unless he has actually learnt the trick to stop aging, it is definitely Botox which makes him look younger.

Neither could the ‘bhai’ of B-Town resist the charms of Botox. Look at his smooth and wrinkle free face. Is it possible to not have even a few lines, specially in your fifties. No, it isn’t, this is just the result of getting Botox injections.

She’s an ageless beauty and everyone is in awe of her not only for her fantastic performances onscreen but just how gorgeous she is. Though her A1 performances are totally because her handwork but for her flawless skin we can give credit to Botox. How else is it possible that a 62 year old doesn’t have any lines or wrinkles!